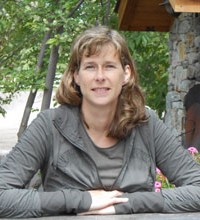 Originally from Edmonton, Alberta, Dr. Miller grew up never having owned an animal until first year veterinary school – a tabby cat named “Watson”. Her love of animals originated from working at the local Whitemud Equestrian Centre on Fox Drive starting at the age of 11. Stable hand, trail ride guide and riding instructor, Dr. Miller worked there until university. Dr. Miller was accepted into the veterinary program in Saskatoon after completing 3 years of general sciences at the University of Alberta. She received her Doctor of Veterinary Medicine with Distinction in 1991 from the University of Saskatchewan. During her final year of veterinary school, she took additional courses to successfully complete her Bachelor of Science degree, which she was awarded after her DVM degree, in 1991. Her love of horses brought her to the Okotoks Animal Clinic, a mixed large and small animal practice just outside of Calgary. During the 5 years she worked there, she found her niche in small animal practice alongside her long time mentor and colleague Dr. Rob Allison. Together they opened up the Midlake Veterinary Clinic in February 1997.

Dr. Miller is married and has a 4 year old Labrador Retriever named “Bruce” who is currently enrolled in the C.C.S.C., a canine international search and rescue organization. Bruce is internationally certified in area search and rescue and is working on rubble search for earthquake recovery as well as the fine art of cadaver discovery.

Dr. Miller lives in the country and enjoys working on her acreage. Her hobbies include gardening, reading, cooking, snowmobiling, golfing, cycling, skiing and spending time with her hubby and canine companion.